You are using an unsupported browser. Please update your browser to the latest version on or before July 31, 2020.

e-PayDay Go uses Pay Types to facilitate the processing of Payees payments within a pay run. They are added to Pay Lines in the pay run when you are processing your pays.

We have also included exception Pay Types allowing for reimbursements and adjustments which are not STP reported:

The following Awards are referenced as examples, but the Pay Rates listed below apply to numerous other Awards:

Single Touch Payroll Phase 2 provides for these Pay Types to be disaggregated from Gross and reported to the ATO as separately itemised components within the Income Stream Collection (where applicable), then passed to multiple Government Agencies. This reporting method also assists in the administration of the Social Security system.

Due to the stringent requirements surrounding payments, we have pre-configured System Default Pay Rates, Allowances and Deductions based on the ATO's documentation, which also affects the changes you can make when each of these is copied. To help with these new reporting obligations and remove the complexity, we have preconfigured these Pay Types for you (example below). 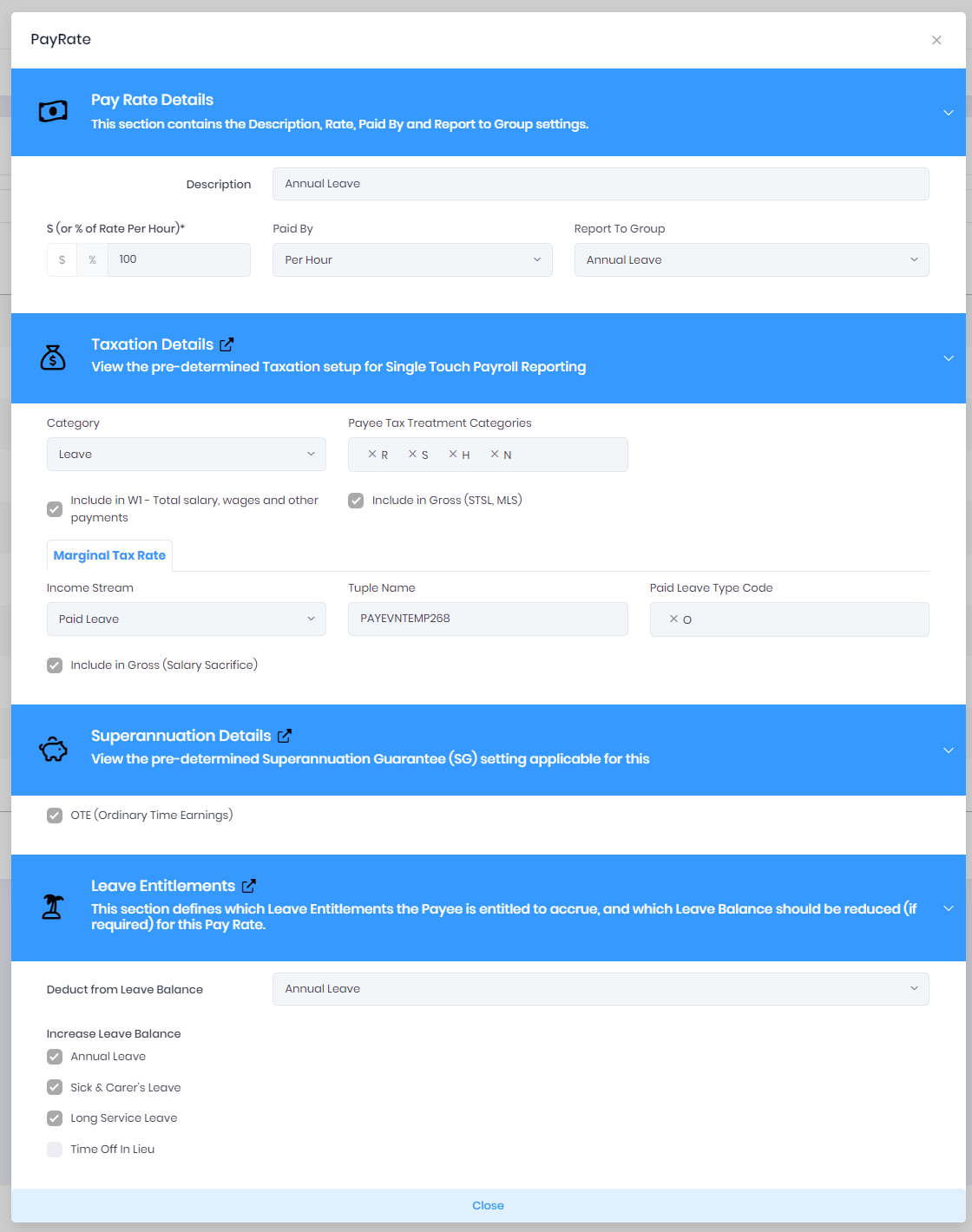 Feedback
0 out of 0 found this helpful